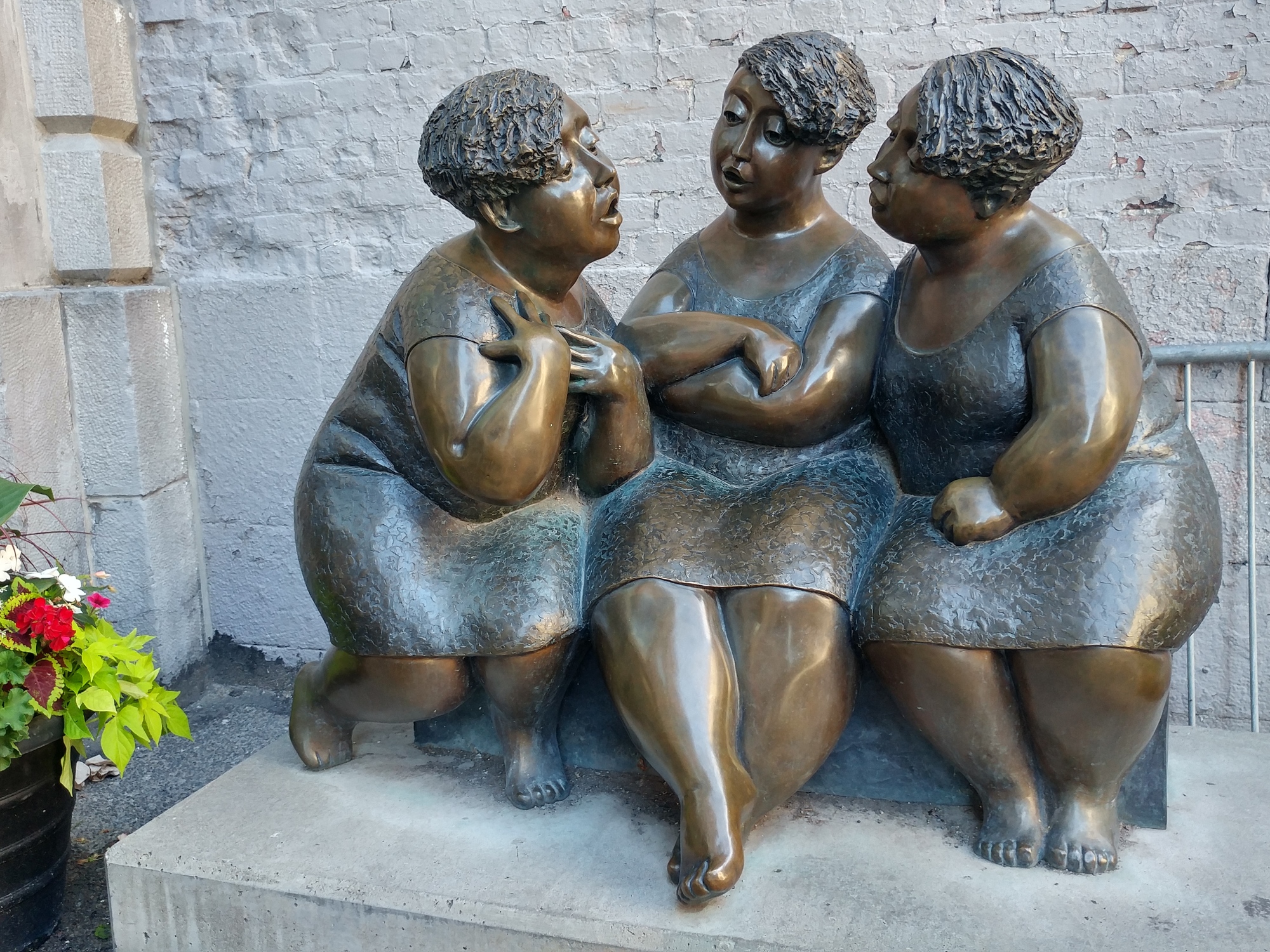 As we continued our travels east, we began seeing more French street signs and started hearing it spoken more. Upon arriving in Montreal, we had our first taste of trying to communicate in French while seeking directions to the campground. Contrary to what I’d heard from others who had visited French-speaking Montreal and Quebec City, this experience and others in the coming days was wholly positive. The people we met, some of whom spoke only French, were always gracious and kind to the girl who was trying to talk to them in the little French she gleaned from Google Translate! 😉

The Old City was charming with its cobblestone streets, restaurants and art galleries, despite the many souvenir shops. Rue St. Paul is one of the main streets in the area.

I really enjoyed visiting this market for its variety of vendors and food.

The Chinatown in Montreal is small, comprised of only 2 blocks or so, but on one of the main streets, you can find vendors selling trinkets, electronic gadgets and plants on makeshift tables in front of small stores and restaurants. I also appreciated the breadth of tasty treats, like the cute green tea buns from Patisserie Harmonie pictured below.

RV/Oversized vehicle parking: We camped at Sogerive Halte Longueil RV. While technically a marina, they have a large gravel/grassy area for RVs with electric connections. There’s a nearby boat shuttle to ferry you across the river to city proper, but we never tried it during our stay. Instead, we took the bus, metro or uber. Conveniently, there’s also a nice bike path you can jump on just outside the campground that winds along the river bank.